Amazfit GTS 2 vs Fitbit Versa - Where are the differences?

Let's check out the differences between the two Wearable Amazfit GTS 2* and Fitbit Versa* in detail.

There are 2 years time between the releases of both products. The Amazfit GTS 2 was first released in 2020. Consequently, the Fitbit Versa from 2018 is older.

You'll get a display with both devices. Here, both Wearable have an integrated color display. In both cases, there is a touch display. You only get an always-on display with the GTS 2.

Both, the GTS 2, as well as the Versa are waterproof, and have no further difference in this feature. Both Wearable can be used under water in depths of up to 50 m.

The Amazfit GTS 2 sports a longer battery runtime with 7 days. the Fitbit Versa battery lasts merely for 4 days. Both devices take 2,0 hours to be fully charged.

An integrated GPS of the Wearable is in this case only available with the Amazfit GTS 2. GLONASS is only supported with the GTS 2. With the Fitbit Versa you have the possibility to use Connected GPS. The GPS data are extracted from your phone, which you will have to carry with you. Compared to the integrated GPS, the Connected GPS is less accurate as your phone may lose its signal from time to time.

Comparing the Amazfit GTS 2 and the Fitbit Versa, both devices offer the heart rate monitor function and score in our books. On top of that, both will monitor your heart rate 24/7. Some devices only do that when you press a button, which is practically speaking rather useless.

Getting call, text, or other notifications is a feature that both tools have. Often times, this feature is only possible with an Android device. iOS user can be left behind on this. With the Versa you also have the option to send QuickReplies with the device.

The interface, or the dial of your watch, can be changed with both, the Amazfit GTS 2 , and the Fitbit Versa.

Amazon (Alexa) voice control is supported with the Amazfit GTS 2, which is a comparitively small bonus that the Fitbit Versa doesn't offer.

Being led through your workout by your device is only supported with the Fitbit Versa. That's a difference to the Amazfit GTS 2, where this feature is not supported.

Contactless payment is a highly useful and more in demand than ever technology. Many Wearable already offer it. Being able to do this from your wrist is even more convenient than using your smartphone or a credit card. the Amazfit GTS 2 and the Fitbit Versa both offer this useful feature. With the GTS 2, Alipay is being used. The GTS 2 works with Fitbit Pay. The provider Alipay is however only available in Asia. In Europe and the USA contactless payment cannot be used. 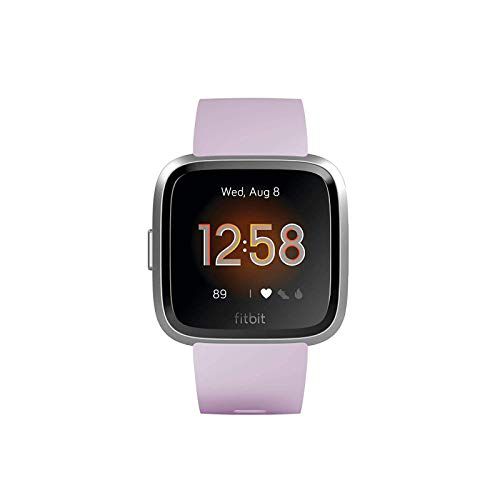